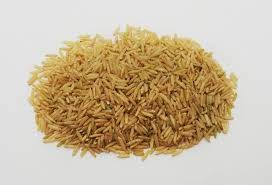 I was unaware that rice grown in the south (on former cotton fields) contains high levels of arsenic. This was actually reported in late 2012, but I've only just learned about it, when Consumer Reports updated their guidelines for safe rice- and rice-product consumption.
American cotton farmers used an arsenic-containing pesticide which is still in the water and soil, contaminating rice now grown in that region. Yeah, brilliant idea to grow rice on arsenic-infested land.
Rice grown anywhere has some arsenic, but in lower levels than the American south, which now produces 12% of the world's rice. Brown rice soaks up more of the arsenic than white rice does, due to its whole grain covering (80% more arsenic found in brown rice!).
And wouldn't you know it? About 18 months ago we started eating brown rice about 1 to 3 times per week, but fortunately our diets didn't (and still don't) contain any other rice product. I am upset and a bit worried, but this is par for the course for the concerned American food consumer. Our food supply is tainted by big business concerns, as our government agencies succumb to their lobbying pressure. There was arsenic in our chicken too and it took the FDA a long time to be honest about it and ban arsenic from the chicken-feed, while at the same time Pfizer agreed to stop selling the arsenic here.
Why didn't they put warning labels on the southern-grown rice and rice products, suggesting consumers limit their consumption and alter cooking methods? And what about babies, who have for a long time consumed baby rice cereal, which was found to have high levels as well?
This whole fiasco has bothered me for the last three days, and I've researched about five hours total over the three days, looking for information and then recipes for feeding my family as healthfully as possible. We had already made many changes five years ago, but it was time to make even more.
I'll have to start making my own tortillas and purchase a bread machine, for starters. We have neither a Whole Foods nor Trader Joe's in this area. The alternative markets here have mostly food supplements, rather than groceries.
I will also force the children to drink purified water--something they've fought me on for years. Only Paul recently started drinking it all the time. No more Country Time Lemonade with its yellow dye. Real 100% juice has too much sugar, even if it is only natural sugar, so I limit that to six ounces a day.
Also, I will quit shopping at Aldi's, as their foods are of inferior quality, with just a few exceptions. Even their off-label probiotic yogurt has two food dyes and HFCS! Dannon's Activia probiotic is better and it's our brand, but it has its problems too.
I won't be soaking grains or fermenting my own yogurt, however. I'll try putting honey in plain yogurt for starters. And grains? I'll vary the type we eat, rather than relying so much on 100% whole wheat, but I won't reduce our total whole-grain consumption. If you have a sensitivity, it's fine to cut most grains, but none of us has any sign of food sensitivity to grains of any type, nor does anyone in my extended family or my husband's.
We will also cut out breakfast cereals. We were buying plain Cheerios and non-BHT shredded wheat, and switching them with oatmeal and whole-wheat toast. but most cereals have enough processing that it's best to avoid them if possible (if you're not rushing out the door in the morning). We'll rely more heavily on oatmeal and baked oatmeal, and I will also add some eggs a couple times a week in the mornings. The breadmaker will help with breakfast as well.
The kids are on board with more detail-oriented food preparation and have promised to help. I've already considered that we'll have to end school earlier as our meals will require even more prep.
As moms all we can do is the best we can within our budget, and considering our time and location. I just wish we had a food regulatory agency that actually cared about the citizens, so we wouldn't have to spend so much time finding reliable, non-hysterical information.
If you or your children eat rice or rice products, see these guidelines (pasted below) for tips:

Here’s what you can do:
-- Limit your rice consumption.
Organically-grown and conventional rice both contain arsenic. But arsenic concentrations in rice appear to vary based on the variety and the region where it is grown. White rice -- particularly basmati, jasmine and pre-cooked “instant” rice -- tends to have lower concentrations of arsenic than brown rice because arsenic accumulates in rice bran. Rice varieties grown in California or imported from Southeast Asia are often lower in arsenic than rice grown in other parts of the U.S.
Consumer Reports suggested that adults eat no more than one to three servings of rice or rice-based foods per week, depending on the food type. It recommended that children eat a maximum of 1.25 servings of rice, rice pasta, rice breakfast cereal or rice pasta per week or one small serving of rice-based infant cereal per day. Consumer Reports urged parents not to give children younger than five rice-based beverages regularly.
-- Rinse rice and cook rice in extra water.
Rinsing rice before cooking may reduce arsenic content to some extent. Some research indicates that the amount of arsenic in rice can be cut by as much as 40 percent if the rice is boiled in a large volume of water like pasta and excess water discarded.  Here's a recipe. Cooking rice like pasta is a good option for brown rice, whose superior nutritional benefits must be balanced against higher arsenic content.
-- Do not give infants rice cereal as their first solid food.
Parents were once advised to start infants on fortified rice cereals, touted as non-allergenic and nutritive, but nutritional guidance is shifting. With some exceptions, parents are no longer encouraged to delay introducing other, potentially allergenic foods. Soft fruits, vegetables or even meats are great first sources of complementary nutrients for a breast- or formula-fed baby. Try bananas, avocados, sweet potatoes and squash.
-- Choose other grains.
Powdered cereals are convenient and often used to thicken baby purees, but Consumer Reports found significant quantities of arsenic in all three brands of infant rice cereals tested. Look for non-rice whole grain or oat cereals, or make your own by pureeing grains in a food processor before or after cooking them.
The American Academy of Pediatrics convened an Expert Work Group on Arsenic in Rice with a mandate to examine the safety of rice-based foods for infants and children. The Work Group recently concluded that oats are a preferred grain for infants and children who require thickened foods due to special medical needs like reflux (AAP 2014).
--  Buy processed foods that don’t contain rice.
Look for alternatives to rice-based processed foods such as breakfast cereals, rice flour, rice pasta, cakes and crackers.  Consumer demand for gluten-free alternatives to wheat-based processed foods has spurred a proliferation of rice-based products, but they're not the only option. Low-arsenic grains include barley, faro, couscous and bulgur wheat. To avoid gluten, consider amaranth, buckwheat, millet, quinoa, oats, cornmeal, grits and polenta. Read labels carefully and investigate products with these alternative grains.  Some flour mixes for baking contain no rice or gluten.
-- Limit consumption of products whose labels list rice syrup as a sweetener.
Energy and cereal bars and other processed foods sweetened with brown rice syrup can contain elevated arsenic levels (FDA 2013; Jackson 2012).  Such products are often aimed at the "natural" foods market.  But “natural” does not mean “safe.” Read labels and use EWG’s Food Scores database and app to avoid rice syrup sweetener in foods you eat frequently.
-- Do not use rice milk as a dairy substitute for cow's milk.
Great Britain's Food Safety Authority cautions parents to avoid rice milk as a dairy alternative for toddlers from age one to four and a half. Consumer Reports tested samples of two common brands of rice milk and found arsenic levels ranging from 17 to 70 parts per billion -- all exceeding the federal drinking water maximum of 10 parts per billion.
-- Do not give children non-dairy drinks that list rice syrup as a sweetener.
At least two brands of hemp milk contain brown rice syrup. In many cases, dairy-sensitive children can be given water and other dietary sources of calcium instead of a highly processed dairy substitute.
-- Check your drinking water.
Arsenic taints drinking water in many parts of the U.S. Read the Consumer Confidence Report that your water utility is required to send you once a year, and check EWG's Tap Water Database to see if arsenic has been detected in your water. Use EWG’s Water Filter Buying Guide to find filters certified to remove arsenic from your water. If you drink well water, contact your local health department to find out if arsenic could be a problem, or get your well tested. Testing is not expensive, and it's worth the investment.
Conclusion:
Rice is a specifically risky crop. Eating less rice and foods with rice-based ingredients will decrease the amount of arsenic in your body.
Lead and cadmium risks are distributed more broadly across the food supply. To lower Americans’ exposures to these contaminants, governments must take a number of actions, including crop monitoring programs to single out foods that are particularly contaminated, and soil testing to find highly polluted fields and orchards where these crops were grown.
The FDA should investigate agricultural practices that add heavy metals to cropland, including the use of sewage sludge as fertilizer.  The FDA and other government health agencies should clearly communicate risks to consumers so they can make informed choices about how often they eat specific foods likely to be contaminated.

Posted by Christine at 6:00 AM

Email ThisBlogThis!Share to TwitterShare to FacebookShare to Pinterest
Labels: health

Great info! We switched to organic quinoa and the kids love it. I often mix in bell peppers, olives feta cheese, kale and things like that😉 if you have a Costco the sell a few varieties here very cheap! Also sweet potatoes are a healthy carbs alternative for dinner. We Recently invested in a good water filter and shower filter for our water because our body absorbs so many toxins during a shower. I am also appalled by the FDA and I can't believe that the pharmaceutical companies dictate a large part of our food supply. There are lots of really great food documentaries on Amazon to learn quickly!