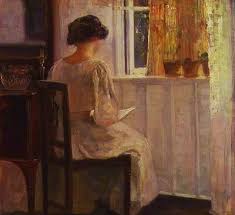 Friends, I have tangible evidence that prayer for our children works! I'm giving thanks tonight.

Some stubbornness is to be expected in children ages 3.5 and 5.5. I get this. But both my daughters are about as stubborn as a butternut squash is to cut into. Sweet and tasty on the inside, begging for cinnamon and nutmeg, if you can ever get in there.

For example, they have no difficulty apologizing to each other (they're very tight) but when it comes to apologizing to others? They dig their heals in and pout and will take a consequence rather than apologize. In fact, Mary is one of the most stubborn children you'll ever meet, despite having two parents who ranked high in submissiveness on Christian personality surveys.

Oh...I'm stubborn all right, but no more than the average woman. I'm talking far higher than average for dear little Mary, and though it may be too soon to rank Beth's stubbornness, I suspect it, too, is high.

Will they have difficulty obeying God? Will they make colossal mistakes in their teens or twenties, negatively affecting their entire future? Will their hearts ever be submissive, desiring to please the Father? And hopefully their parents occasionally? Will they remain in the faith or go their own way?

I have my set of worries about Peter too, who is easily angered and very reactive.

I prayed, but things remained the same.

I continued to pray.

And this week, a breakthrough.

No, they aren't cured of sin. The breakthrough wasn't with the children, but with me. (Not that I'm cured either.)

When it comes to training children in the way they should go, the problems lie as much in our reactions, as in their behaviors.

This week the Lord answered my parenting prayers by changing me. Whenever a heart issue came up with one of these three children, instead of reacting, the Holy Spirit prompted me to pray for their relationship with the Father, first.

I turned every transgression into a prayer. And then, while calm and with faith that the Father will complete a good work in them, I went on to give a reasonable consequence if appropriate. Peter and Mary are saved and receptive to the Holy Spirit, but Beth is young yet. She has some knowledge and some spiritual practices, but not salvation.

Philippians 1:6
being confident of this, that he who began a good work in you will carry it on to completion until the day of Christ Jesus

Romans 8:28
And we know that in all things God works for the good of those who love him, who have been called according to his purpose.


Previously, my worrying about their futures as Jesus followers prompted me to react emotionally to their transgressions. It was as though I panicked somewhat every time they displayed a hard heart.

Having the Holy Spirit tangibly direct my parenting this week renewed one of my core beliefs: Parenting is a prayer.

I believe our greatest parental accomplishment, and greatest act of love as a parent, is to pray consistently for our children. Prayer is hard. In our down time--if we have any, that is--there are so many things we need to do, or that we'd like to do, that prayer easily gets pushed aside. It's a sacrificial act until it's routine, but then the very act of prayer becomes blessing.

Get through that first month clinging to consistent prayer, and feel and watch a lifelong habit form. It's transforming.

We've all failed enough as parents to know this: We can't do it in our own strength.

Once you have your prayer system in place, wait and see, continuing to pray in faith. Notice how the Holy Spirit will make you his instrument, his robot if you will, letting parental wisdom and love flow right through you.

The greatest parent we'll ever know? Our Heavenly Father! We need Him as the wind beneath our parenting wings.

If we pray consistently for our children, we'll never regret it. If we don't, the regret will last a lifetime.

Posted by Christine at 8:45 AM

This is a great post, and so true. I had a similar epiphany this week, after a horrible day, that most of the problem was really my attitude.

I had to comment to tell you how to make your butternut squash softer. ;) I prick it a few times and throw it in the microwave for a minute or two. Then I can peel it with a vegetable peeler and slice it easily into cubes for roasting. :)

Thank you, Terri. That's a great tip. I found a recipe that had me put it in the oven for about 10 minutes, then let it cool before slicing it in half for roasting with spices and I think some butter. But the first time I bought one I couldn't believe how hard it was!

Amen, my friend. The longer I'm a parent, the more I find myself praying my way through the day...on a minute-by-minute basis...sometimes second-by-second.
Blessings to you and yours..

SO very very very true!!! This is a wonderful post! I often find myself in the same spot letting their bad behavior fuel my fire of worry, which causes a negative reaction from me. This is really encouraging and inspiring THANK YOU!